From Biblical Times to the 21st Century: The History of Invoicing

Invoices aren’t a new invention. According to the Tradeshift blog, they date back thousands of years to the region of Mesopotamia, which encompasses modern-day Iraq, Kuwait and parts of Syria and Turkey. To manage business efficiently, merchants in Mesopotamia had used clay tablets on which they carved IOUs. In more recent centuries (the 1500s to the 1700s) invoices were written on paper and were simply letters detailing the transaction.

The Industrial Revolution, which began in the late 18th century, required the creation of a more sophisticated form of invoices: that was when the invoices similar to those we use today had emerged. They included the details of the buyer and the seller, the issuing date, a list of the goods including their quantities and prices, and so on. By the early 1900s, some invoices were being printed by printing machines and featuring logos of the companies that issued them. Some companies were using typewriters to issue invoices. 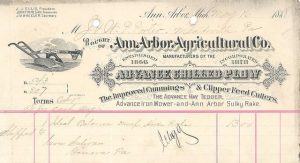 The age of eInvoicing (electronic invoicing) had begun in the 1960s, when the first EDI (electronic data interchange) system was developed. EDI systems link together companies and their trading partners, allowing both sides to transfer documents like invoices and purchase orders. Invoices still needed to be printed out and sent by mail, but the systems eliminated much of the paperwork and time required to type in the data. In the 1970s, the IBM 3800 Laser Printer had become commercially available, and was used for high-volume printing of documents, thus making it easy to create invoices.

In the 1990s many companies began to use invoicing web applications, which were used to upload EDI files and were compatible with PDF, CSV and XML formats. These applications allowed suppliers to send customers invoices for approval before formally issuing them. In addition, a supplier or a customer could use the application to see all their invoicing history, enabling them to search for past invoices if such a need arose. 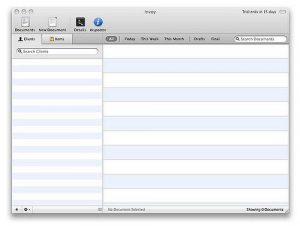